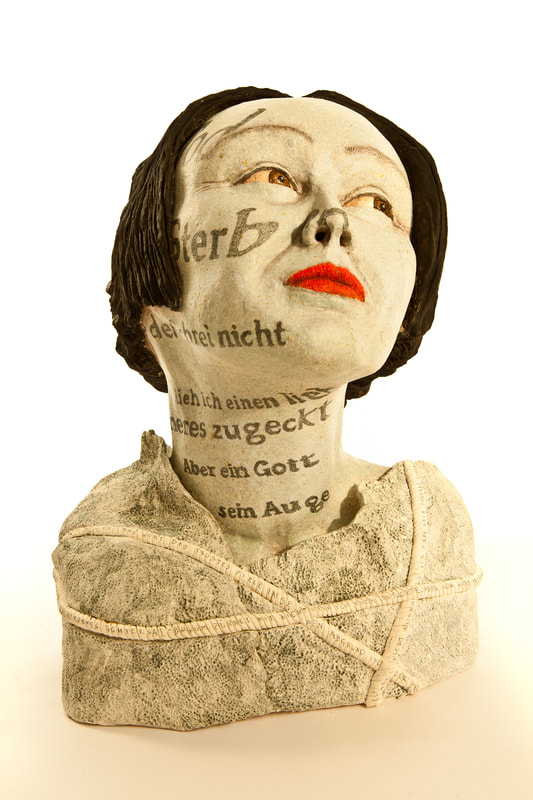 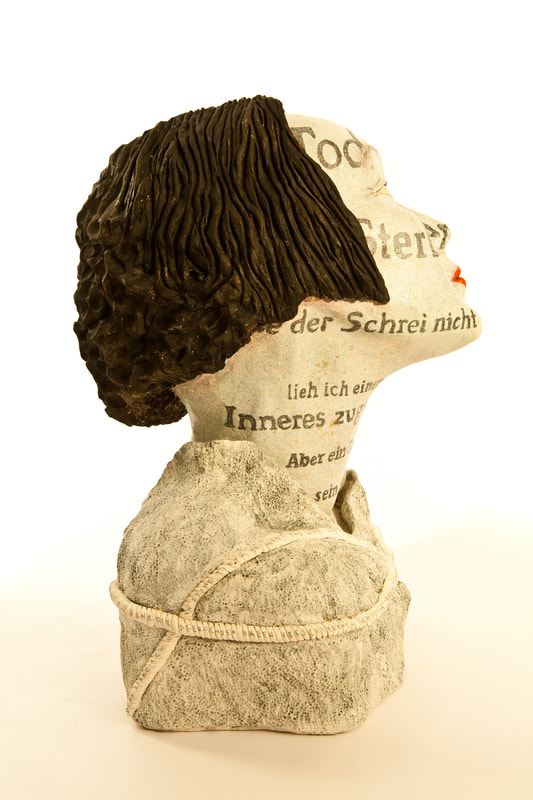 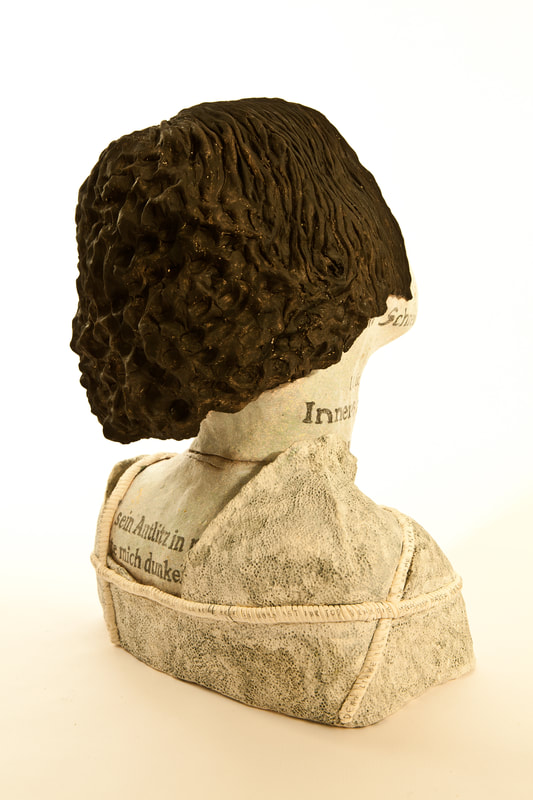 While reading Paula Ludwig’s poems, I was strongly attracted by the desire in her words, but at the same time there occurred an emptiness, almost a destructive power of emotions.
My ceramic portrait therefore got the subtitle “love and lost”. An emotional extreme of love and death, of infinity and being lost, of completion and need. These feelings and emotions don’t exclude, but exist at the same time.
Hence Paula Ludwig seems to be a prisoner in her own emotions. Lost in love, desire and being captured in her emotions, as an existential question.

In my ceramic portrait I want to present a tribute to Paula Ludwig, a great but forgotten poet of Vorarlberg and Austria. The text elements on my work are taken from a poem.
(vom Gedicht aus dem Gedichtband von Paula Ludwig „Dem dunklen Gott“ S.49)